Back in mid-April Camp Kitty lost a friend. Sandie Alford adopted a kitten named Phinneus, who was being fostered at Camp Kitty through the rescue group AARF, in June 2010. Since then, she had been a huge supporter of ours. She even helped breakdown the interior of the old Camp Kitty when we moved to our new facility in 2016.

Sandie passed away in mid-April. Though she had not been well for a while her sudden death came as a surprise. Sandie lived alone and did not have any children. She had three cats that she loved immensely.

Camp Kitty was listed in Sandie's will as the "organization of last resort" should the people listed in her will be unable to take her cats. So, here we are. Camp Kitty inherited three cats: Phinneus, Bailey and Harley. 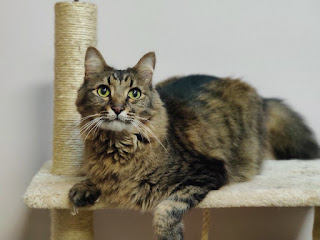 Phinneus is a fluffy fellow who is outgoing, friendly and affectionate. Not much has changed since he was a kitten, though he probably has mellowed out a bit. Fun fact: he was the fastest adoption I ever had (10 days!). 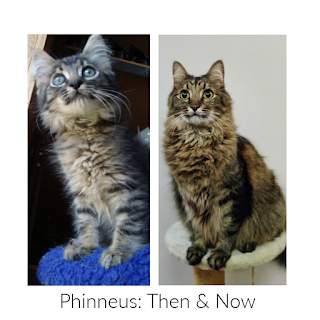 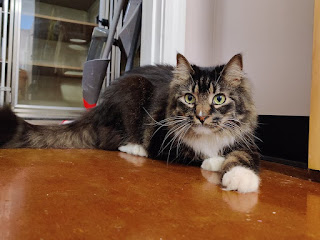 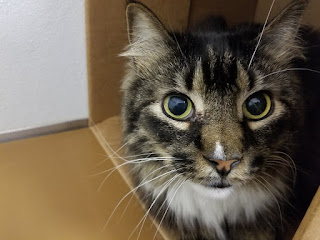 A couple of years after Phin was adopted Sandie's other male cat, Aslan, passed away. The boys were the best of friends. Concerned for Phin's emotional well-being, Sandie called me asking if I had any fluffy boys in need of a home. I told her I did not, but there was a cutie a Dekalb County Animal Services. Within 48 hours Sandie had adopted Bailey.

Bailey is a sweetheart, but a bit shy and prefers the company of humans. 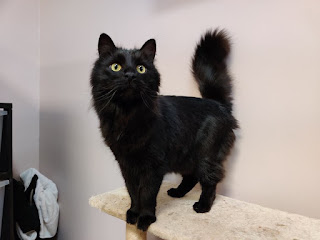 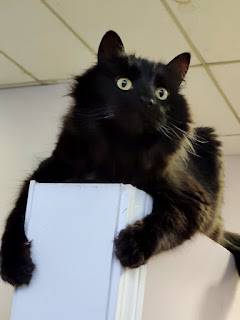 Harley is an outgoing, lovable cat and was Sandie's last adoption and a foster fail. In the fall of 2013, Sandie fostered a litter of kittens from Atlanta Humane. When they were old enough she returned them to the shelter. She soon found out that all the kittens in the litter were adopted except for Harley. She couldn't stand the thought of him being alone so she adopted him herself.

This boy is fun, playful and affectionate. He and Phinneus are best buds. 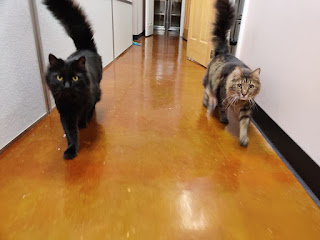 Upon hearing of Sandie's death and then learning of Camp Kitty's feline inheritance, I contacted AARF to let them know what had happened. More importantly, would they be willing to take these cats into the AARF program. AARF's policy is to take back any pet adopted from them regardless of the situation. Phinneus was automatically accepted back. The other two were also accepted.

Now the task of finding them new homes begins. Ideally, we would like to get them adopted, but foster homes would be great, too. Phinneus and Harley are a bonded pair and they must go together. 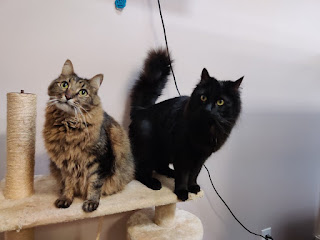 They are all available through AARF. If you have any questions, please contact Camp Kitty (info@campkitty.com) and we'll be happy to help you or even schedule a visit with the cats.

We're going to make sure Phinneus, Harley and Bailey go to perfect homes. Sandie loved them dearly and we will do right by our friend.

Cats are unique individuals, and they require care from humans who get that. When you board your cat at Camp Kitty, you’ll rest easy knowing that we treat every animal like they are our own. Our beautiful, low-key boarding facility is the only one of its kind in the Atlanta metro area, making us the obvious choice for your fur children.